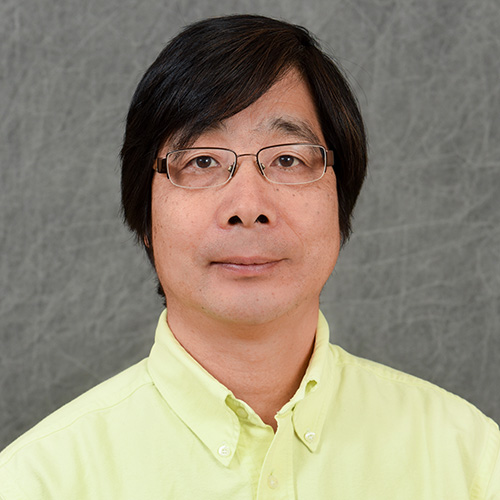 I currently teach in the areas of Marine Meteorology and Atmospheric Dynamics. Other courses I taught in the past include Tropical Meteorology and Air-Sea Interactions. Graduate students in my group conduct research solving weather, climate, and oceanographic problems from local to regional and global scales using computer models and statistical data analysis tools. Typical research topics include simulations of tropical cyclone track and intensity, assessing the impact of climate change on tropical cyclone activity, down-scaling climate change effects, and developing air-sea-wave coupled models.

My research focuses on Marine Meteorology. Since 1997, I have directed or co-directed over 40 sponsored projects on topics including air-sea interactions, modeling and predictions of the regional, particularly coastal, atmospheric and oceanic coupled processes, and published over 120 peer-reviewed articles and 113 conference papers. I served as a member of the U.S. Weather Program Prospectus Development Team (PDT) on Landfalling Hurricanes as well as on the PDT on Coastal Meteorology and Oceanography, and received two awards from the National Weather Service for helping to improve the forecasts of storm surge along the coast of North Carolina. In August 2008, my team was invited to lead an effort to provide real-time hourly surface wind forecasts in support of the Olympic Game in Qingdao, China, and received a “Certificate of Appreciation Award” by Qingdao Meteorological Bureau.