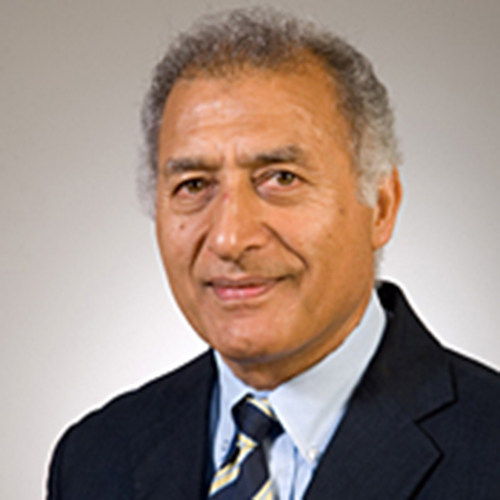 Viney Aneja is a Professor in the Department of Marine, Earth, and Atmospheric Sciences, North Carolina State University. Before joining the faculty of the Department of Marine, Earth, and Atmospheric Sciences at N. C. State in 1987, he conducted and supervised research at Corporate Research and Development, General Electric Company, New York; and Northrop Service, in Research Triangle Park, NC, in the areas of environmental science and engineering and separations technology. In 2001 he was also appointed Professor of Environmental Technology, Department of Forestry and Environmental Resources. In addition, he has been a visiting professor at the University of Uppsala, Sweden in 1979; at the Arrhenius Laboratory in Stockholm, Sweden in 1985 and 2015; and the Indian Institute of Technology, Kanpur, India, 2015. In 2015 he was awarded the Rossby Visiting Fellow at the University of Stockholm, Sweden; and Indira Foundation Distinguished Visiting Fellow at TERI University, New Delhi, India.

He was recently appointed to the US Environmental Protection Agency’s Board of Scientific Counselors (BOSC) Executive Committee, and Chair the BOSC Subcommittee for Air, Climate, and Energy (ACE) research program, 2014-2017. The U.S. Secretary of Agriculture appointed him as a member of the U.S. Agricultural Air Quality Task Force, 2001-2008. He was a member of the US Environmental Protection Agency’s Science Advisory Board Environmental Engineering Committee; was Member of U.S. EPA’s Science Advisory Board (SAB) Advisory Committees on Sustainability Research Strategy and Multi-Year Plan, 2006-2007; Aging Drinking Water and Waste Water Infrastructure Research Initiative, 2009; Integrated Nitrogen Committee, 2006-2010; Committee on Hydraulic Fracturing, 2010; and is a Member of EPA’s Science Advisory Board (SAB) Panel on Estimating Air Emissions from Animal Feeding Operations, 2012-2013. The North Carolina Governor, Hon. Mike Easley appointed him Member, NC Governor’s Task Force on Hazardous Materials, 2006-2007. He is a Member Representative of the University Corporation for Atmospheric Research, Boulder, CO.

Dr. Aneja’s industrial and academic research contributions have been extensively recognized. He won the Noryl Division Proprietary Innovation Award from General Electric in 1983, the Air Pollution Control Association Award for Distinguished Service in 1984, the General Electric Managerial Award in 1986, and at North Carolina State University he received the 1991-92 Outstanding Extension Service Award. In 1998 the Air and Waste Management Association gave him its Frank A. Chambers Award, the Association’s highest scientific honor; in 1999 he became a Fellow of the Association; in 2001 he received the Association’s Lyman A. Ripperton Award for distinguished achievement as an educator. He is the recipient of the 2007 North Carolina Award in Science, the highest award a civilian can receive from the Governor of North Carolina. In 2009 he received the Senior National Research Council (NRC) Research Associateship. In 2010 he received Distinguished Alumnus Award from the Indian Institute of Technology Kanpur, India. In 2010 he was invited by the U.S. White House Council on Environmental Quality to assist in the BP Gulf Spill.

Dr. Aneja has a long and distinguished record of public service, and he has been frequently sought as a lecturer and consultant to the Federal and State governments, professional societies, international organizations, and the private sector on issues related to environmental science and public policy. In 2000 he was a member of the North Carolina Delegation to the Netherlands on Agricultural Air Quality, in 2001 he was leader of the U.S. Department of State Delegation to France on Environment Science and Technology; and during 2013 he served as the leader for the US Department of Agriculture to Rothamsted, UK, on International Research Program on Agricultural Nitrogen.

At North Carolina State University Dr. Aneja has developed one of the nation’s leading agricultural air-quality and climate research programs (http://www.meas.ncsu.edu/airquality). He has published over 170 scientific papers, 127 book chapters and conference proceedings scientific papers, 47 technical reports, 5 US patents, and two books on his research. Dr. Aneja has directed 8 post-doctoral fellows, 14 doctoral dissertations, and 41 masters’ theses. Much of his work has focused on the science needed to make important decisions on environmental, sustainability, and climate policies in North Carolina and the nation. He has conducted research on natural and anthropogenic emissions of nitric oxide, ammonia, and sulfur compounds and demonstrated the important roles of these substances in ozone formation and gas-to-particle conversion. His research on atmospheric photochemical oxidants in the North Carolina mountains has clarified the role of long range transport of pollutants and impact.