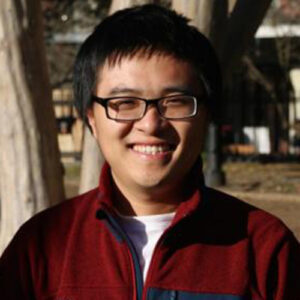 Abstract – The tropical Indian Ocean (TIO) has warmed by 1°C since the 1950s, at a faster rate than the other tropical oceans. In this talk, I will discuss how this warming can affect the Atlantic Ocean via atmospheric and oceanic teleconnections. Specifically, by reorganizing the atmospheric Walker circulation in the equatorial band, this warming can reduce precipitation in the tropical Atlantic, resulting in pronounced surface salinity anomalies. On multidecadal timescales, these anomalies are advected to northern high latitudes and strengthen the Atlantic meridional overturning circulation (AMOC). The resultant AMOC changes lead to a stronger hemispheric asymmetry and a northward shifted intertropical convergence zone (ITCZ). On shorter timescales, Indian Ocean warming generates a train of atmospheric planetary waves, which reach the subpolar North Atlantic, strengthen surface westerly winds there, and cool the underlying ocean within a few months to years. This mechanism could potentially explain the suppressed warming in the subpolar North Atlantic (known as the “warming hole”) seen in the observational record. Further, I will discuss the implications for past and future climate changes and ocean interbasin teleconnections.

Please check your email for a Zoom link.