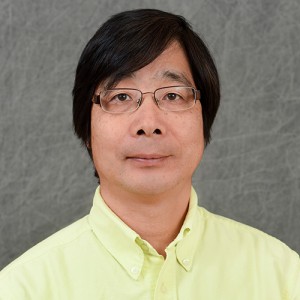 Seminar Title – Forecasting Atlantic hurricane activities from a season to a year in advance: the magical power and the limitations of Machine Learning

Abstract – Two approaches of Machine Learning (ML) applications in pre-season Atlantic hurricane predictions are explored using historical hurricane and climate data from 1950-2019. In one approach, ML is used to optimize the ensemble forecasts based on a group of nine multivariate linear regression models. The other approach is to directly predict the hurricane activities using ML models. The results show that for the response variables that are predicted with significant skills by individual ensemble members, such as Atlantic tropical cyclone counts, ML-optimized ensemble can further improve the forecast skills comparing with the performance of individual ensemble members. However, in most cases, such ensemble forecast skills can also be achieved by taking a simple average of the forecasts of the same set of ensemble members. For response variables which are poorly predicted by individual ensemble members, such as Atlantic and Gulf of Mexico major hurricane counts, ML-optimized ensemble forecasts show higher skill than individual model forecasts and the ensemble forecasts based on simple averaging. It is also interesting to note that, when all models show consistent (one-sided) bias, ML-optimized ensemble did not improve the forecasts. The results also show that increasing the number of ensemble members does not necessarily lead to better ensemble forecasts. In the second approach, we found that direct ML models based on the same set of 1-dimensional response and predictor variables (time series) often perform unreliably due to the sparsity of the hurricane count data. The data sparsity issue can be overcome by non-linear fusion of two-dimensional predictors. A Convolutional Neural Network (CNN) was utilized as a feature extractor for each data modality followed by feature level fusion to achieve a proper inference. This highly non-linear model was shown to be able to make skillful predictions of Atlantic hurricane activities over 12 months in advance, far exceeding the capabilities of linear regression models.

Please check your email for a Zoom link.