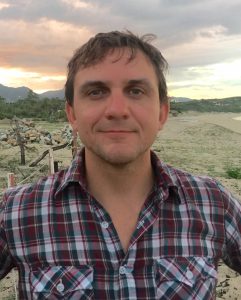 Bio – Dr. Horton is an Assistant Professor in Earth and Planetary Sciences and the leader of the Climate Change Research Group at Northwestern University. Previously, he was a Fellow in Earth System Dynamics at Stanford University after receiving his PhD in Geology at the University of Michigan. He also served as a forecaster for the Air Force at European Command in Germany and Italy after receiving an MS in Atmospheric Science at Texas A&M (and becoming an officer in the USAF). He originally obtained his BS in Physics at Tulane University.