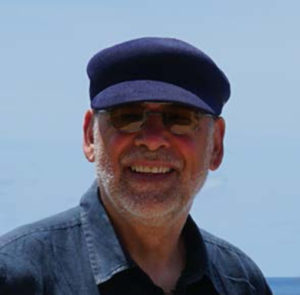 Abstract – Observations of the Great Plains low level jet on the nights of 10, 20, and 22 June 2015 during the Plains Elevated Convection At Night (PECAN) field experiment provide an opportunity for detailed investigation of the differences between weak (13 m/s), medium (23 m/s), and strong (33 m/s) jets, and the underlying structure and evolution of the nocturnal boundary layer (NBL). Measurements were obtained during June-July 2015 using the Millersville University Atmospheric Research and Aerostat Facility (MARAF), an integrated observing system deployed in Ellis, KS (FP3), one of six sites making up the Fixed PECAN Integrated Sounding Array (Fixed-PISA; FP). MARAF is an integrated observing system that includes a rawinsonde system, tethered balloon system, flux tower, acoustic sodar with RASS extension, and lidar. During LLJ IOPs, radiosondes were launched every 30 minutes starting at 0000 UTC or earlier to capture the formation, evolution, and dissipation of the LLJ. While observations support the dominating characteristics of conceptual models (e.g. Blackadar and Holton) that reasonably describe the body forces and ageostrophic velocity field, significant variability across the synoptic and mesoscale domains ensure that no two LLJs are alike. Three case studies are presented here to illuminate the influence that local and regional gradients can have on the structure and behavior of the boundary layer winds. In addition, preliminary results will be presented on recent investigations of differential temperature advection on the destabilization of the lower troposphere.

Bio – Richard D. Clark is the Chair of the Department of Earth Sciences and Professor of Meteorology at Millersville University of Pennsylvania where he has been for 31 years. His research interests are boundary layers and turbulence and air chemistry with a special emphasis on field observations using remote-sensing and balloon-borne platforms. He also has a strong interest in space weather and climate science applications, and recently spearheaded the development of an academic minor in Heliophysics and Space Weather. Clark developed the framework and curriculum for the M.S. in Integrated Scientific Applications, which includes specializations in Climate Science Applications, Weather Intelligence and Risk Management, Environmental Earth Systems Management, and Geoinformatics, and serves as the program coordinator. He is also spearheading the development of a new program, a graduate Certification in Space Weather Communication, which has been approved and will launch in December 2019.

Clark has a Ph.D. in atmospheric science from the University of Wyoming (’87) with a specialization in boundary layers and turbulence, low-level nocturnal jets, and air chemistry. He was elected Fellow of the American Meteorological Society (AMS), and member of the American Geophysical Union (AGU), American Association for the Advancement of Science (AAAS), and Sigma Xi. Clark served as a member of AMS Council (2008-11) and completed two terms as a member of the Board of Trustees (2009-2015) of the University Corporation for Atmospheric Research (UCAR) where he served on multiple governance committees. He is currently serving as chair of the AMS Nominating Committee. Clark was the recipient of the 2006 Russell L. DeSouza Award for Outstanding Contributions to the Unidata Community and the 2008 AMS Teaching Excellence Award. In 2016 he was appointed to the newly formed UCAR Advocacy for the Science Community (UASC) committee and presently serves as UASC chair. Clark has been awarded over $3.5M in extramural funding since 2005 and has involved over 150 undergraduate students in field research through this funding. Recent projects include a NASA funded DISCOVER-AQ, a study of air quality in four areas (CA, TX, CO, MD) and an NSF-funded study of Ontario Winter Lake-effect Systems (OWLeS), Plains Elevated Convection at Night (PECAN), and Student Experience in Airborne Research-Mid-Atlantic Region (SEAR-MAR), which brought the University of Wyoming King Air research aircraft to Lancaster. In addition, Clark is PI on a recent NSF-funded project with Nat’l Center Atmospheric Research (NCAR) and COMET; Synergistic Environments in Graduate and Undergraduate Education (SEGUE) in Atmospheric Instrumentation and Measurement Training. Clark was elected to the Board of Directors of the North Museum of Nature and Science and serves on the Board’s Executive and Exhibits Committees. He also serves on the Board of Directors for the Lancaster County Partnership for Public Health.